Sell the news. Stocks reversed earlier losses this morning and traded higher this morning after the Senate approved the roughly $2 trillion fiscal stimulus package and markets digested the unprecedented surge in weekly jobless claims. Wednesday’s gains marked the first two-day win streak for the S&P 500 Index in more than a month, after tying its longest streak without back-to-back up days since WWII. Stocks held up relatively well immediately after the historic weekly jobless claims report was released today at 8:30 a.m. ET, further evidence that a recession had already been priced into markets. 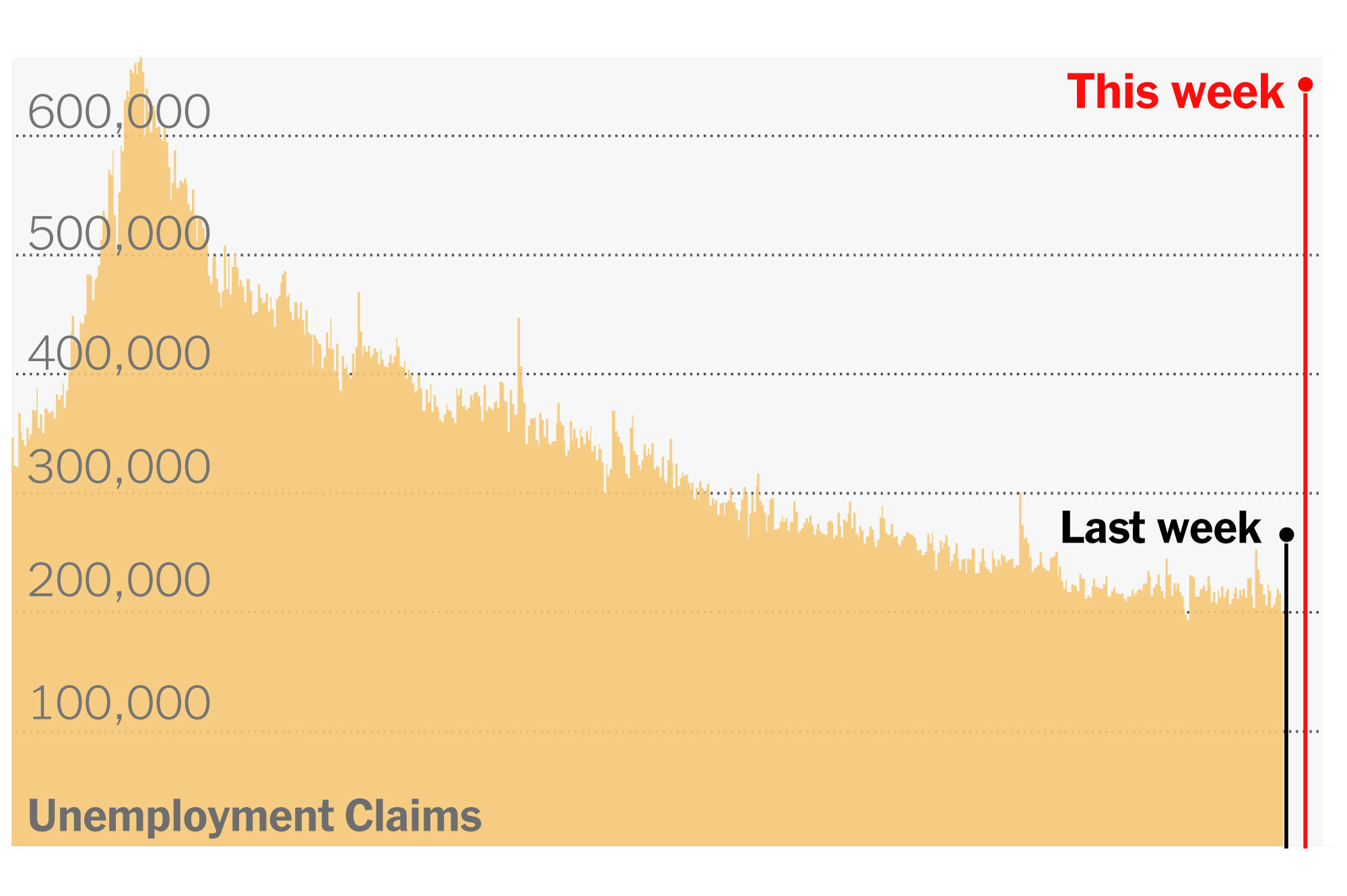 New jobless claims rise almost unimaginably. We knew the disruptions from the COVID-19 pandemic would be massive, but what it has meant to everyday workers finally came through in the numbers. Roughly 3.3 million people filed new claims for unemployment benefits in the week ending March 21, almost five times the previous high of 695,000 set in 1982. The number, while well beyond economists’ consensus forecast, is not a complete surprise, and markets have already been slowly pricing it in. Jobs are likely to return quickly once the economy gets going again, but we know the timing of that is uncertain. Until then, backstops from federal programs and support for businesses to help minimize further layoffs will be essential for millions of Americans.

Fiscal stimulus gets through the Senate. The roughly $2 trillion fiscal stimulus package has been approved by the Senate, and now the bill goes to the House, where it is expected to pass on Friday and be signed by President Trump shortly thereafter. Coming as the ranks of the jobless surge, the package will help cushion the economic and financial blow from the COVID-19 pandemic. This news allowed us to check off the policy response signal (#5) in our Road to Recovery Playbook. Importantly, this isn’t the end of the support, as another more targeted package will likely be necessary, and the Federal Reserve may have more in its arsenal, as Chair Jerome Powell noted this morning in a televised interview.